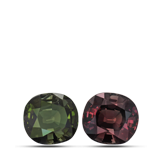 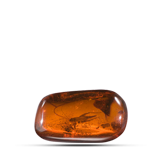 Amber’s use in adornment is probably as old as mankind itself, in recent times it has had a limited market. Of course, that was before millions of people saw dinosaur DNA extracted from a mosquito trapped in amber in the film Jurassic Park. Millions of people learned from the film that amber, which is fossilized pine tree resin, is ancient and valuable, like an antique from history. 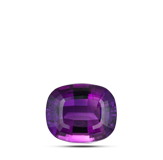 Amethyst is a violet variety of quartz used in jewelry. The name comes from the ancient Greek a- (“not”) and methustos (“intoxicated”), a reference to the belief that the stone protected its owner from drunkeness. 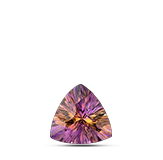 Ametrine is one of the world’s most unusual gemstones in that it is actually two gems in one. Bi-color ametrine blends the golden sunburst of citrine with the violet of amethyst. A fine split in the colors and color intensity are the most important aspects to consider when evaluating ametrine. 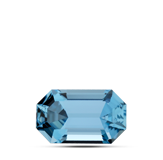 Aquamarine (“water of the sea”) is a gemstone-quality transparent variety of beryl, having a delicate blue or turquoise color, suggestive of the tint of the sea. It is closely related to the emerald. 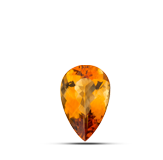 Citrine, a form of quartz, derives its name from the French word for lemon, “citron”. It is available in a range of golden hues from lemon to straw to sun yellow to gold, as well as oranges, browns, and deep madeira red. 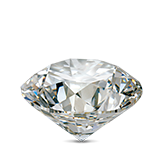 Diamond is among the most prized substances on earth. Diamonds are available in almost every color. Their incomparable brilliance, elegance, durability and mystery have captivated our imagination for thousands of years. 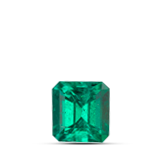 Emerald has been prized for thousands of years for its lush green hues and rare beauty. Throughout the ancient world, emerald symbolized eternal hope, rebirth and the arrival of spring. 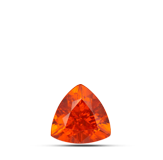 Garnet is one of the most versatile stones on the market. It comes in a rainbow of colors, from deep red to tangerine orange to lime green to pale pink, as well as purple, gold and brown. 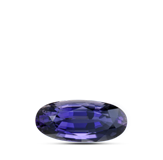 Iolite cut in a cube will look more or less violet blue, almost like sapphire from one side, clear as water from the other and a honey yellow from on top. Due to this pleochroism (when a mineral looks like one color viewed one way and another color when viewed from another angle), the Viking mariners used thin pieces of it as the world’s first polarizing filter. 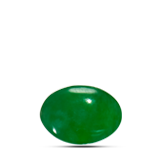 Jade was known in China as the ‘royal gem’ for thousands of years. Symbolic energy and beauty, an enchanting range of colors and fine luster, the traditional and the modern are combined in jade in a particularly harmonious way. 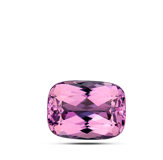 Kunzite‘s color appears to be a delicate pastel pink to intense violet purple. It has been proven to be a highly desirable gem due to color and cut. 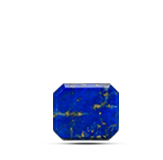 Lapis Lazuli is a beautiful deep blue color with golden flecks. It was treasured by the Mesopotamia, Egypt, China, Greece and Rome civilizations. 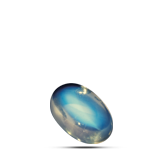 Moonstone appears in a variety of colors such as white, pink, blue, and yellow while some appear clear with no color. Moonstone has a very shimmering appearance with a reflective soft glow that seems to come from the inner portions of the stone. Moonstone is often found in the form of a cabochon which is polished to allow the true glow and light of the stone to shine. 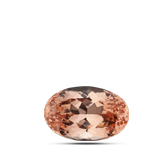 Morganite, alongside emerald and aquamarine, is certainly a beautiful gemstone from the colorful group of the beryls. Women the world over love morganite for its fine pink tones which radiate charm and tenderness. There are morganites in many fine pink hues. Some are decidedly pink while others tend more to lilac or light violet or there may be a hint of orange. 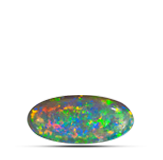 Opal was worshipped by the Romans as a symbol of hope, fidelity, purity and good luck. Opal is sometimes called the “queen of gems” because the stone can flash patterns of color representing every hue of the rainbow. This play of color is one of opal’s signature characteristics. The gem is found in a range of hues, including white opal (the most common); black opal; “boulder” opal; crystal or water opal, which is transparent; and fire opal, which has a yellow to orange to red color. 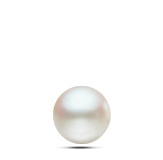 Pearl is among the most timeless, classic and treasured of all organic gems. Although early pearl gathering depended on divers braving the oceans’ depths to retrieve these treasures, the vast majority of pearls today are grown (cultured) on pearl farms by surgically inserting a small shell bead (nucleus) into the mantle of an oyster. 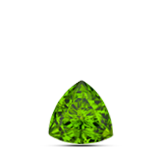 Peridot, found in various shades of green, is most prized in lime hues. The Romans called peridot “evening emerald” because its green color was said to glow at night. 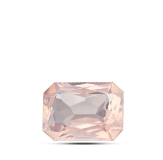 Rose Quartz is a quartz variety that gets is name form its pink color, which can range from light pink to medium-dark color. It is know as the “Love Stone” and was believe to have healing powers in the Middle Ages. 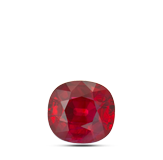 Ruby, Perhaps no gemstone has been as prized throughout history and has adorned emperors and kings and inspired countless legends and myths with their rich, fiery hues as the ruby. As the ultimate red gemstone, rubies have symbolized passion and romance for centuries. 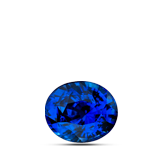 Sapphire has been sought after for thousands of years as the ultimate blue gemstone. Both sapphire and its sister stone, ruby, are part of the corundum family, one of the strongest minerals on earth. 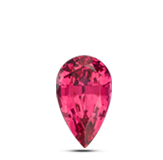 Spinel was once mistaken for ruby and sapphire, but it’s no impostor, rather a master of disguise. One of the gem kingdom’s best kept secrets, spinel is treasured for its eternal brilliance and spectacular colors including red, blue, pink, orange and others. 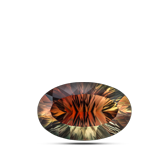 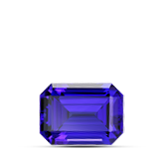 Tanzanite occurs in a wide range of shapes, sizes and colors. Rarely pure blue, the gem almost always displays signature overtones of purple. In smaller sizes it tends toward lighter tones, with lavender the being most common. In larger sizes, the gem typically displays deeper, richer blues and purples. It is this mesmerizing saturation of color that has made tanzanite so sought after. 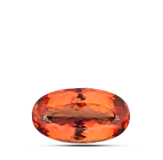 Topaz is most often associated with its golden yellow hues, it also occurs colorless, as well as orange-yellow, red, honey-brown, light green, blue and pink. Imperial shades are the rarest and therefore, the most valuable. The name topaz is thought to come from the Greek word “topazos” meaning “to shine” which also implies “fire.” 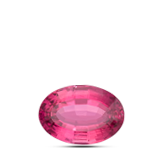 Tourmaline is a gem with an incredible variety of colors from green, blue, teal, pink to green and pink combined. The reason, according to an old Egyptian legend, is that the tourmaline, on its long journey up from the center of the Earth, passed over a rainbow. In doing so it assumed all the colors of the rainbow. 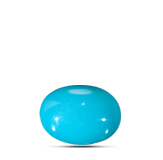 Turquoise is ancient, yet again and again it finds itself back in fashion. Its shining sky blue is one of the most popular trend colors in the world of jewelry and fashion. The best quality turquoises are of a pure, radiant sky blue, a color which is highly esteemed with or without its fine, regular matrix. The color of the turquoise makes us feel happy and cheerful, for in it the light blue of the sky and the stimulating green of the sea are combined. 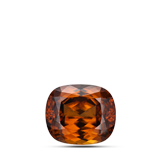 Zircon is available in green, dark red, yellow, brown, and orange. Natural zircon today suffers on account of the similarity of its name to cubic zirconia, the laboratory-grown diamond imitation. Many people are unaware that there is a beautiful natural gemstone called zircon.

Mobile version: Enabled
Back to top

Use the search box to find the product you are looking for.

No products in the cart.

Subscribe to our newsletter below and never miss the latest product or an exclusive offer.